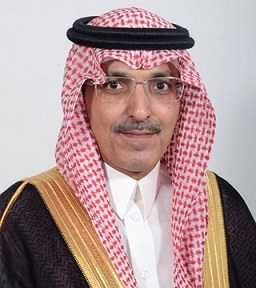 His Excellency Minister of Finance Mohammed bin Abdullah Al-Jaddan, who is also Chairman of the Board of Directors of the General Organization for Social Insurance (GOSI), expressed his gratitude and appreciation to Custodian of the Two Holy Mosques King Salman bin Abdulaziz Al Saud and His Royal Highness Prince Mohammed bin Salman bin Abdulaziz Al Saud, Crown Prince, Deputy Prime Minister and Minister of Defense, on the issuance of the Council of Ministers’ Resolution merging the Public Pension Agency (PPA) into the General Organization for Social Insurance (GOSI).
In a statement on this occasion, Al-Jaddan said that the merging Resolution comes as an extension to the continuous reform and organizational structure process, in accordance with the Kingdom Vision 2030 objectives, and reflects the care given by the leadership to the social insurance sector, as symbiotic system which has an important role in enhancing social protection for all citizens.
Al-Jaddan also said that the merging is an administrative and organizational process that will ensure covering public and private sector employees under one insurance scheme; achieving high standards in providing social benefits; contributing to eliminating duplication in jurisdictions; utilizing resources; increasing operational and financial efficiency; and improving services provided for the contributors.
Regarding the impact of the merging process on the pension fund, Al-Jadaan stressed that the merging process will strengthen the fund’s financial position by maximizing investment returns, and will enhance investment performance and strategic diversification.
Concluding his statement, Al-Jaddan asked Allah Almighty to grant success to the Custodian of the Two Holy Mosques and His Royal Highness the Crown Prince in achieving whatever is best for the country and its people.

We are glad to serve you and answer your general enquires.

Kindly fill in the form to start the conversation.

Thank you for providing the details.
Sorry, We are unavailable now.

We would be available to serve you only during working hours.

Kindly provide your feedback, as it would help us to improve our performance and serve you better.

You can also complete your transaction by visiting the below links.

Thank you for your valuable feedback.

We will continue serving you better.

Thank you for your feedback.

We will ensure that necessary actions are taken to serve you in a better way.

Are you sure you want to end this chat with our Customer Agent?